I spoke with this year’s winner of the Philip K. Dick Award, Meg Elison, for my 18th podcast on New Books in Science Fiction. She was easy breezy to talk to, with smart quick answers that, in my humble opinion, made for a great interview. Of course, it helps that her book tackles all kinds of rich subjects: gender inequality (exacerbated by an epidemic that kills far more women than men), reproductive rights, and a need for meaningful emotional and intellectual stimulation in a world sorely lacking both. Below is what I wrote to introduce the podcast.

Despite the odds, Meg Elison did it.

First, she finished the book she wanted to write. Second, she found a publisher–without an agent. Third, she won the Philip K. Dick Award for Distinguished Science Fiction, a stunning achievement for a first-time author with a small, independent press. 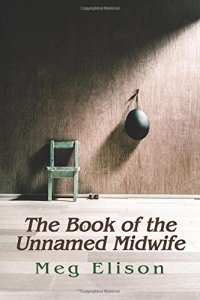 The Book of the Unnamed Midwife is set in the American West after an epidemic has killed all but a fraction of humanity. Among the survivors, men vastly outnumber women, setting in motion a desperate journey of survival for the eponymous midwife. To avoid the serial rape and enslavement that threatens all females in this male-dominated landscape, the midwife sheds her name and even her sexuality, presenting herself as a man and continuously changing her moniker to suit the circumstance.

Communication falls apart too quickly for anyone to even know the name or nature of the illness that’s destroyed civilization and made childbirth a fatal event for female survivors. The midwife’s focus is on giving the few women she meets the hard-won power to prevent pregnancy. “I think the thing I wanted to come across most strongly was to explode notions of gender… And to really think about what your options would be like if you, like your grandmother, had no control over when you had children or how or by whom,” Elison says in her New Books interview.

Elison was raised on stories about the apocalypse–the fire and brimstone kind. “I grew up in some pretty crazy evangelical churches, and they hammered on us about the end of days and the Book of Revelation, and it gave me nightmares, and it made always think about the fact that the end was nigh and that it was going to be bad, and I think that stuck with me my whole life even though I shed the ideological parts of it.”

For the midwife, the apocalypse poses threats both dramatic and mundane. When not searching for food and a safe place to spend the night, she must negotiate the frustrating reality of spending time with people she doesn’t like. “I started thinking about what it would be like if the only people you could find were people you couldn’t stand, if they just irritated in you every way,” Elison says. “There’s nothing wrong with them and they’re not unsafe, you just don’t like being there. So I wanted to make a character who had to make choices between feeling safe in a group of people and feeling pissed off all the time.”

Elison is grateful for the editors at Sybaritic Press, who published her unagented manuscript. “They’re very good editors and publishers,” she says. But inevitably, she’s had to do a lot of marketing herself. “It’s good because I’ve learned a lot about the business doing that and it’s not good because no one listens to a writer on her own.”

Fortunately, the Philip K. Dick Award has made finding readers a whole lot easier. The award “has opened a lot of doors,” she says.