The Plaza of Three Cultures (and Three Tragedies) in Mexico City 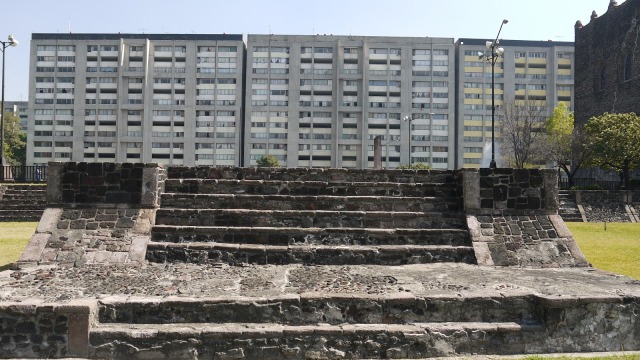 The Plaza of Three Cultures / Plaza de Tres Culturas is remarkable not only for the collision of past and present but the numerous tragedies that have occurred there, starting with Cortes’ massacre of the Aztecs followed hundreds of years later by the Army’s murder of hundreds of student protesters in 1968 and finally the 1985 earthquake.

We visited on Jan 5, a bright quiet day. There were only a few other tourists but the place was crowded with lessons and, no doubt, ghosts. An engraved sign commemorating Cuauhtemoc’s defense of Tlatelolco against Cortes takes a neutral position on the outcome: “Neither triumph nor defeat, it was the painful birth of the Mestizo nation that is the Mexico of today.”