Becky Chambers, Author of The Long Way to a Small, Angry Planet, Enjoys the Short, Well-Earned Way to Success 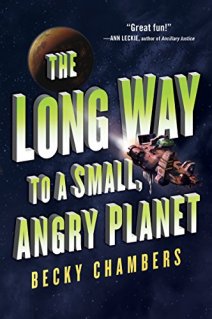 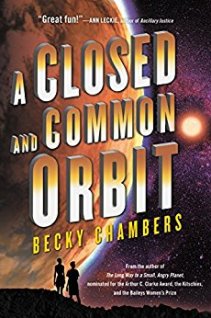 In the new episode of New Books in Science Fiction, I interview Becky Chambers, author of the Wayfarer series. Her first book, The Long Way to a Small, Angry Planet (Harper Voyager, 2016), was originally self-published then quickly picked up by a traditional publisher, garnering numerous accolades. It was shortlisted for, among other things, the Kitschies, a British Fantasy Award, and the Arthur C. Clarke Award. Her second book, A Closed and Common Orbit (Harper Voyager, 2017), was nominated this year for a Hugo for Best Novel and won the Prix Julia Verlanger.

Billed as a space opera, The Long Way to a Small, Angry Planet does the unexpected: rather than focus on battles or threats to civilization it offers an intimate portrait of the relationships among the nine members of the Wayfarer spacecraft’s multi-species crew. And with A Closed and Common Orbit, Chambers does the unexpected again: rather than follow the Wayfarer’s crew on a new adventure, it focuses on two of the lesser characters from the first book, offering poignant coming-of-age portraits in a far-flung corner of the universe.

In the interview, Chambers discusses how she creates new species and cultures in such convincing detail, why she decided to place humans in the humbling position of being a minor species in the universe, how being gay informs her sensibilities as an author, and the journey the The Long Way took to publication–from Kickstarter campaign to international acclaim.