H.G. Parry’s The Unlikely Escape of Uriah Heep Celebrates Literary Analysis with a Bit of Magic 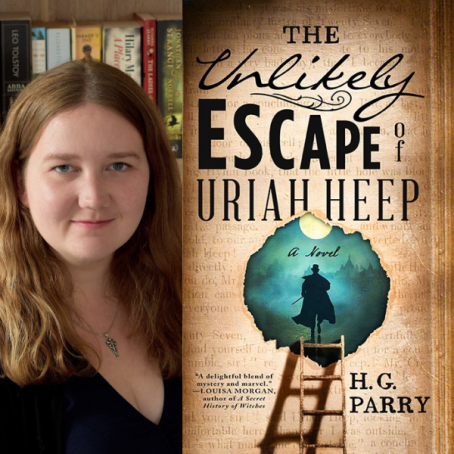 Sutherland’s fantastical ability is at the center of H.G. Parry’s debut novel The Unlikely Escape of Uriah Heep. It is both a mystery (Sutherland and his brother must find and stop a stranger who shares Sutherland’s ability but is using it for nefarious ends) as well as a celebration of literary criticism.

While the ability to bring characters to literal life might seem like a wonderful talent, it’s been a problem for Sutherland. Ever since he was little, he has tried—with the encouragement of his family—to suppress the urge.

“There’s a long tradition of characters with magical abilities who are being told to keep it hidden and to stay normal, and it comes from the fact that a lot of people grow up feeling like what makes them special is something that’s weird or strange, and they try and keep it in,” Parry says. “The other side of it, though, is that books are incredibly powerful and there’s a real danger to stories and storytelling. When you bring something into the world, it’s got the power to do extraordinary things, the power to save the world or to harm it. And there’s a real responsibility that comes with reading, interpreting and storytelling.”

Like Sutherland, Parry has a Ph.D. in English literature (her research focused on children’s fantasy, his on Charles Dickens). She lives in Wellington, New Zealand (where the The Unlikely Escape is set) and teaches English literature, film, and media studies.