Chris Panatier’s The Phlebotomist is a Bloody Business 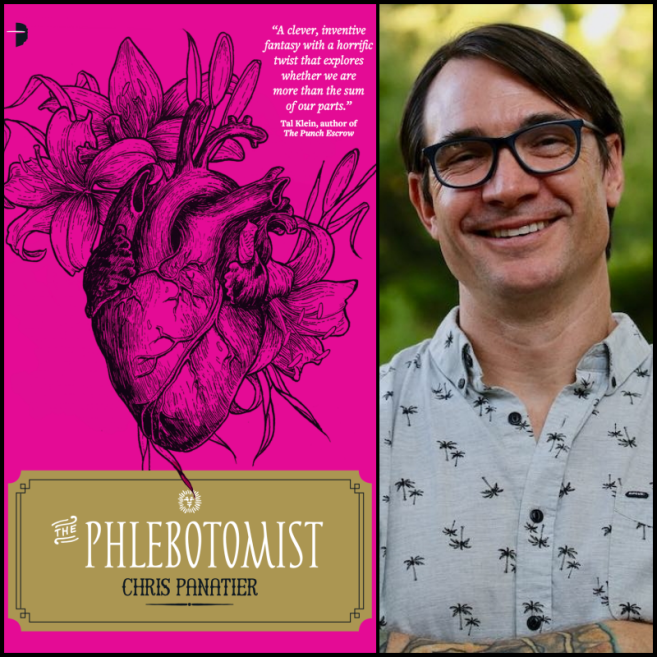 Humans have found many ways to divide and stratify—by skin color, ancestry, ethnicity, gender, sexual orientation, age, disability, health status, body type or size, and so on. The list is so long that it’s hard to imagine it getting longer, and yet debut author Chris Panatier has found a way. In The Phlebotomist, society is divided (as the title suggests) by something invisible to the naked eye: blood type.

Meanwhile, those running the show—executives of the company Patriot—are the richest of all, living in exclusive enclaves. It is vampiric capitalism in more ways than one.

The name of the company is a reference to the Patriot Act—a real-life example of creeping authoritarianism that parallels the world of The Phlebotomist.

“This ubiquitous contractor, Patriot, has slowly crept into the realm of individual rights and privacy until one day, everyone wakes up, and there’s a mandatory blood draw, and they have to give blood every day and are under surveillance and tracked everywhere,” Panatier explains on New Books in Science Fiction. “All of that started as a patriotic thing to do. There was a war, people were asked to give blood, and so they proudly did it. And then slowly … people were under the boot of the government and this enigmatic contractor. … It’s a bit of an allegory for sure. … because these are things I see in our everyday lives.”